A Chinese Lamborghini – how good can that possibly be?
Published on: Aug 23, 2018 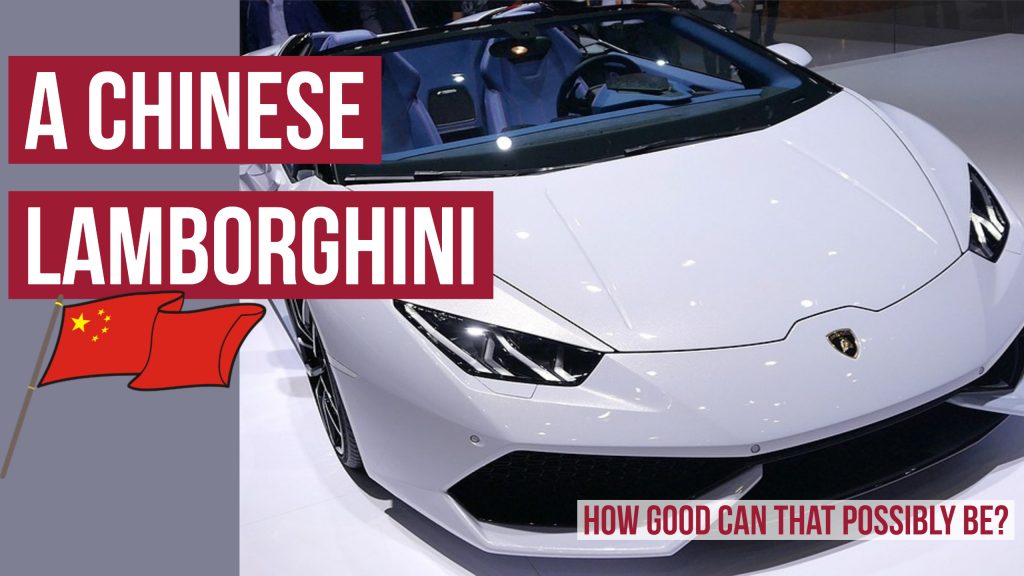 Last Friday I had to fulfill my fatherly duty after finishing time and repair my son’s Lamborghini. It didn’t move at all anymore.

After some trial and error, I realized that something was wrong with the remote control and a part there was broken. (Yes, not a real Lamborghini but a toy. The purchasing department at VW and Daimler makes sure that I don’t go crazy… :-)).

My wife was just like: “That’s typical Chinese stuff. That’s doomed to fail. I told you so!”

Shortly before that I was on the phone with an old friend of mine who develops alternative engine forms as the person in charge at a premium vehicle manufacturer. We also talked about (from his point of view) other vendors. He was really impressed by Hyundai. Not just by the vehicle they presented during a fair in Japan (they were there as well), but also by the huge shop floors they designed for it.

“They are really serious about it!” was his conclusion.

This sentence is interesting in two different ways. For one thing, I can’t recall anyone talking about Hyundai at this premium manufacturer ever, especially nothing dignifying. Maybe I heard the name in a subordinate clause, along the lines of: “They are out there somewhere as well, but we don’t have to deal with it.”

And for another thing, I do believe that he would love to see his board showing that kind of commitment as well. Of course he is a realist and knows that you can’t always do everything. First things first. Steady on. We all know that. And still… At the end he just thought: “We need to make sure that we catch up. We already lost our edge, but we may not get outpaced.”

And here they are again, our two problems: On one hand we give our kids China-toys, which lives up to its reputation within two weeks. On the other hand, Asians learn incredibly fast how to build high-tech cars so that we will be glad soon when they help us to get air pollution under control.

I don’t hope that I am right with my last statement. But I also wouldn’t be surprised when it happens.

With this in mind: take a deep breath 🙂