Can an engineer become a world star and beat up Sylvester Stallone?
Published on: Aug 11, 2020 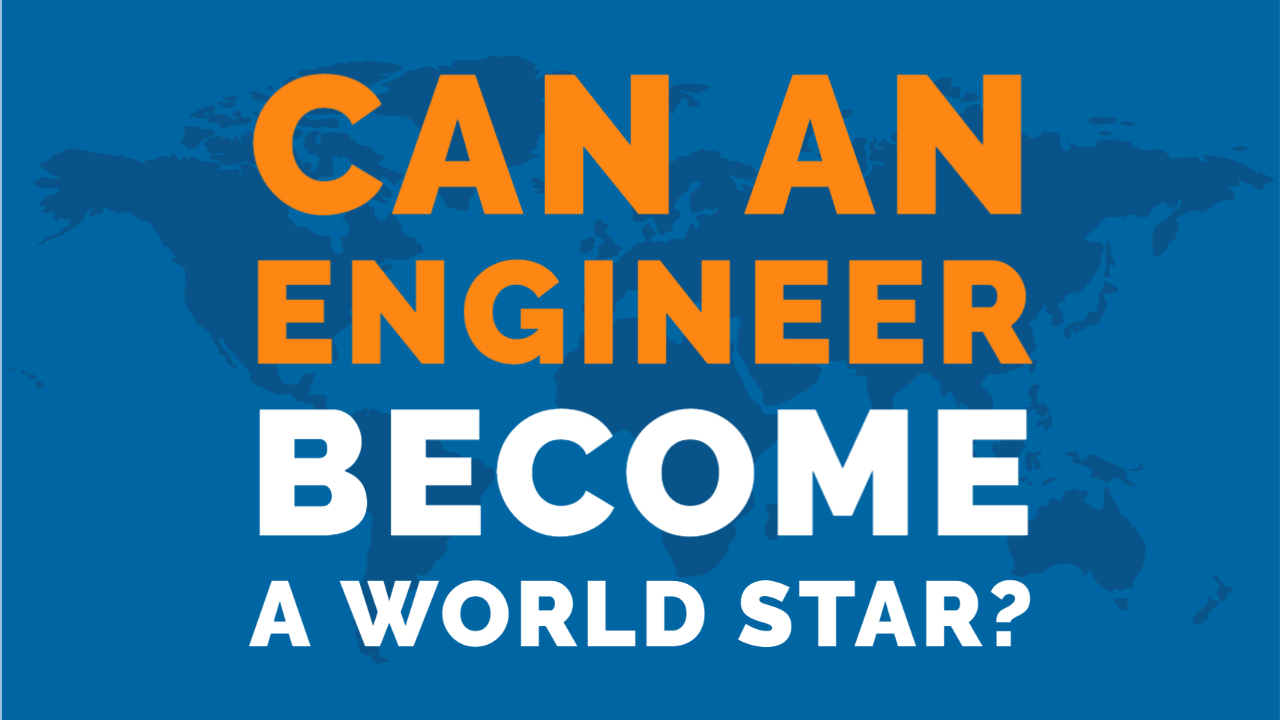 You know that one of my hobbies is collecting useless knowledge. Did you know, for example, that Tom Scholz, guitarist and songwriter of the rock band “Boston”, is a mechanical engineer? He has a master’s degree from MIT, probably the most prestigious technical university in the world. Besides his music, he has always worked as an engineer and developed equipment. And you know who is also an engineer? Dolph Lundgren, the action actor. He is a chemical engineer, and he also did part of his studies at MIT. He then changed his mind, starred in films like James Bond, Rocky or The Expendables, and once during shooting he put Stallone in hospital for New Year’s Eve. You gotta get the hang of it…

As you can see, even an engineer can become a world star incidentally.

Speaking of world stars: Did you know that Bruce Dickinson, the singer of Iron Maiden, is also a pilot? And not a “I’ll borrow a Cessna from the local flying club on Saturday” pilot, but a professional pilot. Bruce Dickinson flies 747s and stuff. Can you imagine that? “Good afternoon, ladies and gentlemen. This is Captain Dickinson speaking. Welcome to flight 666 from London Heathrow to Chicago O’Hare. Estimated time of arrival is two minutes to midnight.” I think it would be strange to sit in the back… And just think about that: “Boss, I need a vacation.” “Ah, well. Are you going away?” “Yeah, to 53 places. We just sold two Mill. tickets to our world tour.” He’s a cool guy, you should have a look at his videos on YouTube. And before his musician and pilot career, he was a historian. It’s amazing what you can do in a lifetime.

Bud Spencer was a multi-talented genius as well. We all know him as a bully, but in reality he was much more. He was originally a lawyer by profession, but before that, he had studied chemistry for a few semesters. At the same time, he was an Italian swimming champion ten times in a row and took part in the 1952 Olympic Games. He also had pilot’s licenses for both airplanes and helicopters. On Wikipedia, the first sentence about him is “Bud Spencer was an Italian film and television actor, stuntman, pilot, lawyer, politician, swimmer and water polo player, singer, composer, manufacturer, screenwriter, fashion designer, music producer and inventor as well as founder of the airline Mistral Air”. I think the list of Leonardo da Vinci is not longer than this list…

What am I trying to tell you? That you are boring, sluggish and lazy? No. I just write it because I wanted to and because that’s all I can think of right now. You’re my victim and you need to read this. But admit it: You like to do it because today at the coffee machine or on Saturday evening at a beer with your buddies you have something to tell other than “Corona gets on my nerves” 😉

So, cheer up. You still have time if you want to have a long Wikipedia article about yourself. And if not, that’s okay as well.

PS: See you on October 8, 2020 at the HOC? www.hydrogen-online-conference.com. The list of speakers is getting longer and longer and they are the Who-is-Who… For you, of course, participation is free.