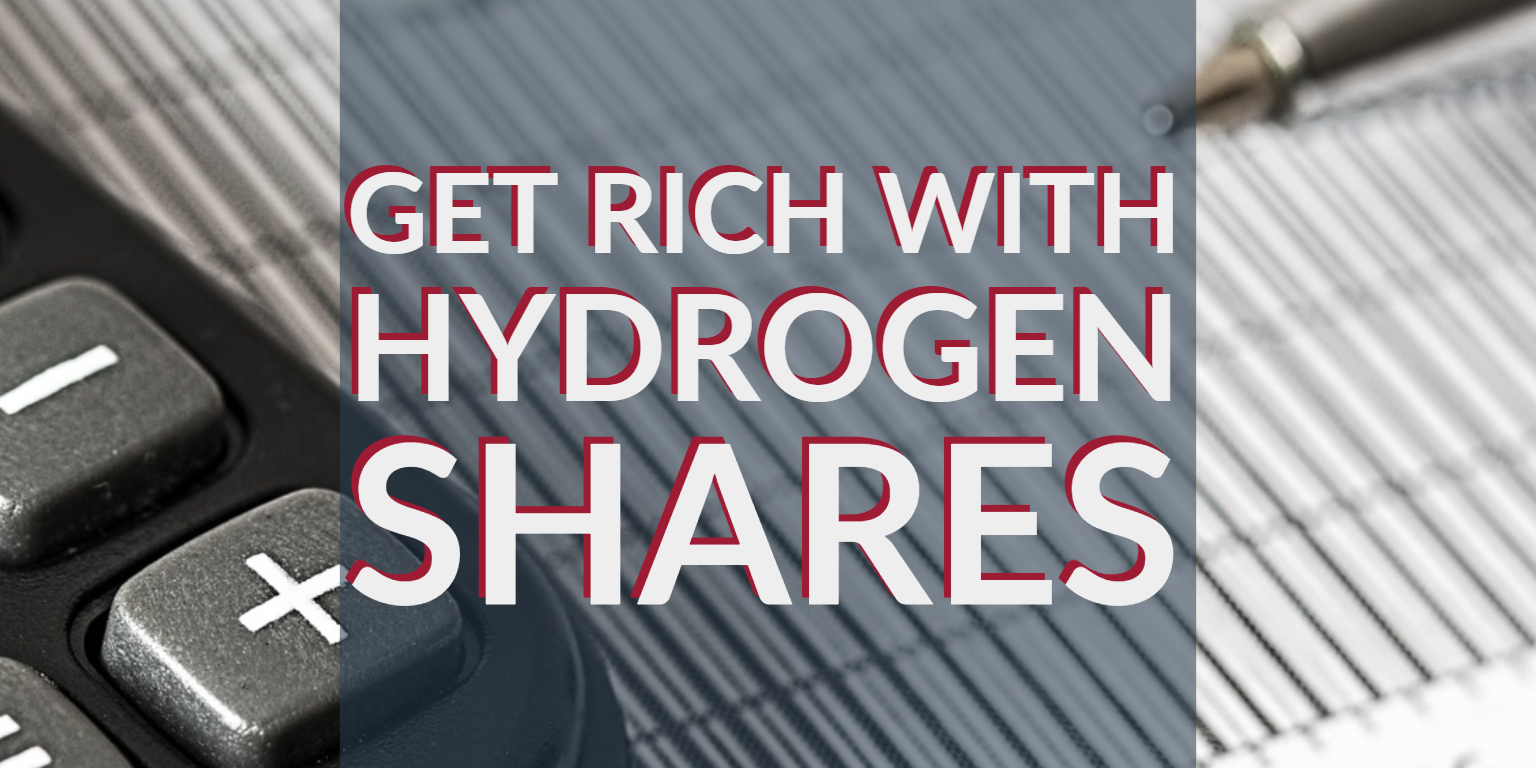 Maybe you’ve noticed a lot of online advertising lately that say, “Get rich with hydrogen shares” or “These secret hydrogen shares will soon go through the roof.” In addition, there are people saying “Why Elon Musk is wrong” and so on. The face of the advertising is Hans Meiser, whom some of us still know from the 90s German afternoon television.

Of course, many people ask me if this is true and if they should take the very last chance to buy the secret (but intensively advertised) shares and get rich.

Here is my opinion:

Yes, I believe in hydrogen as an energy carrier. I know the limits, but I also know that the Deutsche Bahn, for example, consumes several hundred million liters of diesel every year on non-electrified lines. If the government wants to set a good example, it must move away from diesel. And in this case hydrogen is the optimal solution, Alstom is setting an example in Lower Saxony, Germany. In heavy duty traffic, the EU has just tightened the CO2 limits again. Is the battery the optimum solution? I don’t think so.

Will the very companies that are now active in that sector still have the leading role in 10 years’ time and have a market value just behind Apple, Amazon and ExxonMobile? I don’t know. Statistically speaking, rather not. But exceptions confirm the rule, and then people like you and me say “If I had bought Amazon shares in 2003, I wouldn’t have to stand behind the meat counter every day at the supermarket and ask what kind of sausage the customer wants.”

Can you get rich quickly with such shares? I don’t think so. The statistics speak against it. Ballard has been trying for decades but hasn’t made it yet. Nobody has made it in this field. And above all: If someone tries to make a “secret” palatable to me with intensive advertising, it is everything, but one thing: a secret.

A good friend nevertheless bought shares in one of these companies. A Norwegian “hydrogen pearl” according to Google ads. Since then he tells me again and again with a wink “I rely on you! Woe if that goes wrong with the hydrogen! Think of me and my pension!”

Recently I met the CEO of this company and asked him if he recommended me to buy his shares. He didn’t want to comment. I say: “Jon, come on! A friend of mine has invested all his retirement savings in you, and he’s making me responsible! If you don’t succeed, I have a problem.” He just laughed and said the only right thing: Everyone has to decide for him or herself where and how he invests his money.

What do I recommend? In no case a certain share. I have no idea how they develop. But I recommend following the technically right direction. And that means: away from fossil fuels wherever possible. This saves CO2 and tens of billions of euros that our economy distributes around the world every year.

PS: By the way, I have no idea who is running the ads. I’m sure you can find out. But I was too lazy so far. I haven’t met Hans Meiser at any hydrogen conference yet. Maybe he also needs money. I don’t know.

PS 2: I know, I said that before: If you don’t know my eBook “Are Fuel Cells Fool’s Cells” yet, I recommend it to you: https://www.h2-experts.de/en/