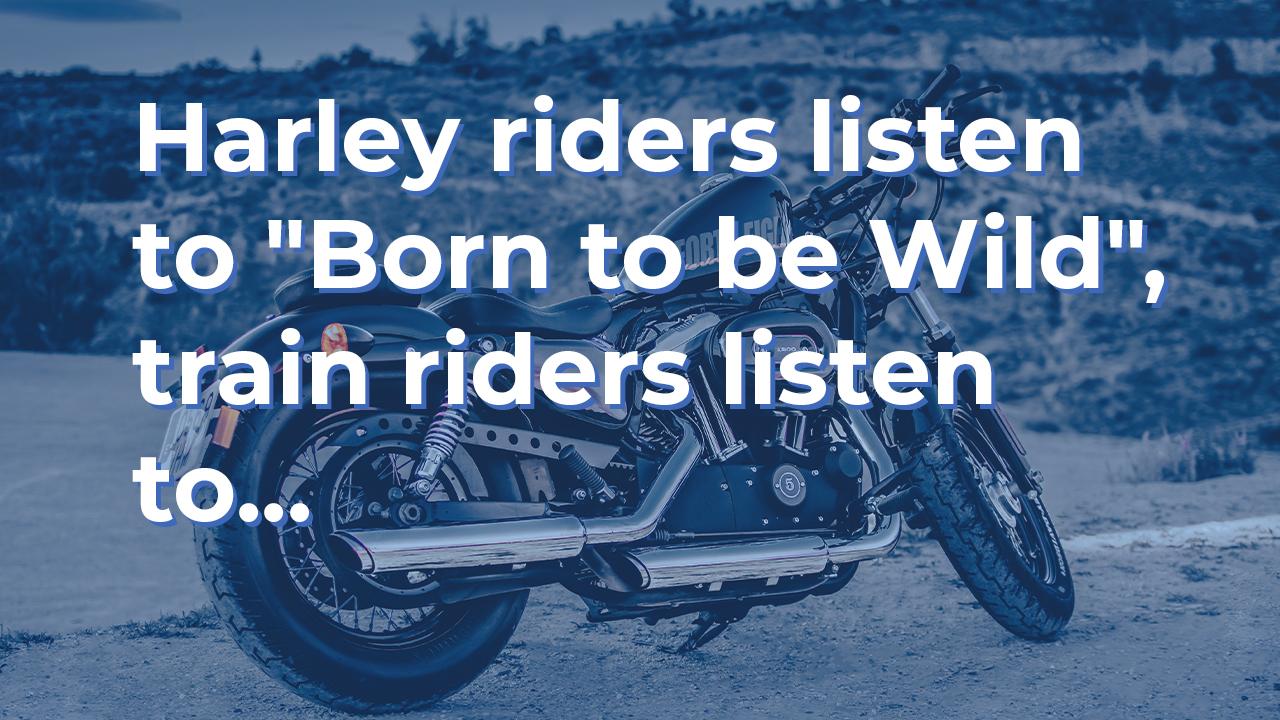 I am not one of those who complain constantly about the largest provider of electric mobility in this country: Deutsche Bahn, the Federal Railway Company. I like to travel by train, am a proud “50%-discount card” owner and I am very productive on the train. Yesterday, however, I had another adventure.

My departure to Cologne was scheduled for 04:39. Arrival: 08.05, 55 minutes before my appointment. When I looked at the app while brushing my teeth at just before four o’clock, it became clear: adventure. 40 minutes late. So I went back to bed, dozed for half an hour, then went to the station. There I found out that the delay had grown to an hour. And because then of course the whole schedule was messed up, we were in Cologne at half past nine.

Let me tell you: Harley riders listen to “Born to be Wild” by Steppenwolf because it fits their lifestyle. Train customers listen to the Eagles, “Take it Easy.” Because they have no choice but to practice serenity.

The unexpectedly long train ride gave me a chance to read what’s going on. For example, who is making the biggest contribution to the energy transition right now.

Please don’t read on if you don’t want to read the harsh truth. Please stop here then and delete the email.

Gazprom has published the latest figures. In stock market language, they stated that that “demand from abroad has declined sharply”. They had to curb production and were able to produce (and sell) 40 billion cubic meters less than last year.

For shareholders, such news is bad. For the energy transition, however, it is optimal. In the end, we will only achieve Net Zero (or whatever we call it) if we leave the stuff in the ground. Everything else won’t work. 40,000,000,000 cubic meters of natural gas – that is a huge value! And that’s just the decline! Per cubic meter, natural gas emits 2 kg of CO2 in direct emissions (plus indirect emissions, but we’ll leave those out here for now). So Gazprom (or the Western sanctions policy?) has saved 80 million tons of direct CO2 emissions in the first seven months of the year. Of course, you have to look at this carefully, because if we compensated for the missing natural gas with lignite, we achieved the opposite. But still: amazing, isn’t it? It’s just awful that it took a war to get this far.

A quick look at all online stores for balcony power plants, PV systems and battery storage confirms: sold out. Everywhere. Everything.

That’s good. Photovoltaics is good. 55 grams of CO2 per kilowatt hour of electricity. The German power grid has 388 grams of CO2 per kilowatt hour of electricity. One day of refrigerator – 200 grams of CO2. Another day – another 200 grams. Your lifetime: 86 years * 200kWh/year (with a current model) * 0.388 kgCO2/kWh (current German electricity mix) = 6.7 tons of CO2. So you see: on the one hand PV is worthwhile, on the other hand you would have to live 11.9 million years to emit as much CO2 with your refrigerator as Gazprom has saved in the last seven months due to the sanctions.

Sometimes I get asked, “David, do you ever get bored and calculate things that are completely incoherent and irrelevant?”

“Yes, sometimes,” I then reply. “Especially when I’m sitting on the train and they announce “Unfortunately, we can’t go any further because we don’t have a train driver.””

Sounds like a prank with a hidden camera. But yesterday, it was my reality.

PS: Tomorrow we’re doing an awesome interactive webinar on “back of the envelope calculations” for the energy transition. John Poljak has a huge collection of online calculation tools to answer all questions at least “pareto-accurately” in a few minutes. You can bring your questions, ideas and assumptions, John will provide the answers. Free. www.mission-hydrogen.de