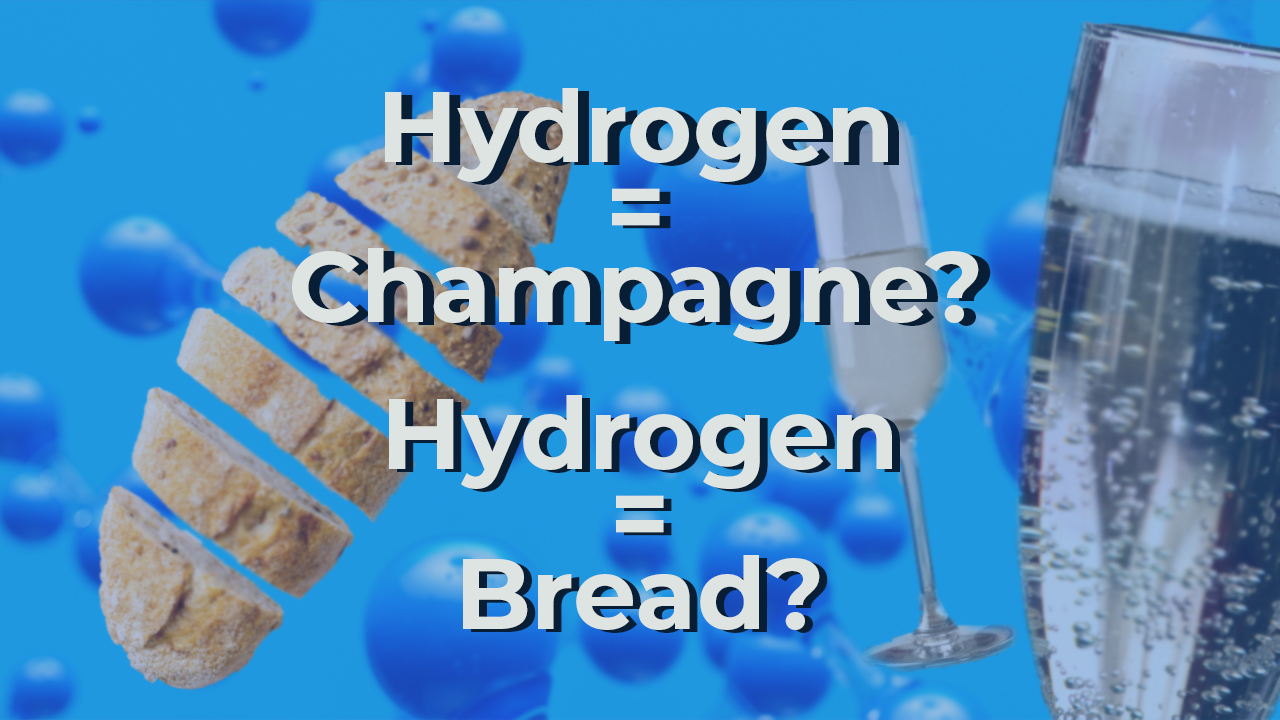 Some people believe that hydrogen is “the champagne of the energy transition.” That’s the worst BS I have ever heard. What a stupid picture. Completely wrong.

Champagne is a luxury good for the rich.

Hydrogen is bread. Food for the masses. Absolutely necessary for survival.

Some 50 million tons of hydrogen are produced every year to produce ammonia in the so called Haber-Bosch process. Ammonia – the chemical compound NH3 – is used for fertilizer production and other chemicals such as resins. However, fertilizer production is by far the most important use case. And fertilizer – in short – is the most important ingredient for modern agriculture. It is absolutely necessary for the crops that we need to feed 8 billion people on the planet. Hydrogen makes up three quarters of ammonia, at least by atoms.

The most important exporter of ammonia and ammonia based fertilizers is Russia. Why? Because Russia has lots of natural gas, which is the source of the hydrogen atoms (if you are interested in the details, the process is called “Steam Methane Reforming” – Google and Wikipedia will help). And since Western countries do not buy Russian products at the moment, the price of fertilizers has skyrocketed. The second reason is that the most important export terminal is based in the harbor of Odessa in Ukraine which is blocked now due to the war. Odessa is the end point of a 2,000 km ammonia pipeline starting in Tolyatti, Russia. It is by far the largest ammonia pipeline in the world, and it has been shut down in February 2022.

If we do this, we benefit in many ways:

Do you understand? If yes, I have good news for you: We hosted a webinar on “Green Ammonia – the other hydrogen” on July 13 and we’ve got the recordings and the presentation slides for you here: www.mission-hydrogen.de/webinar-library/

Let’s make it green, and let’s produce it on a large scale in Spain, Norway, Morocco, Canada, Australia and Chile.