Hydrogen: The future or just a bridging technology?
Published on: Jun 19, 2020 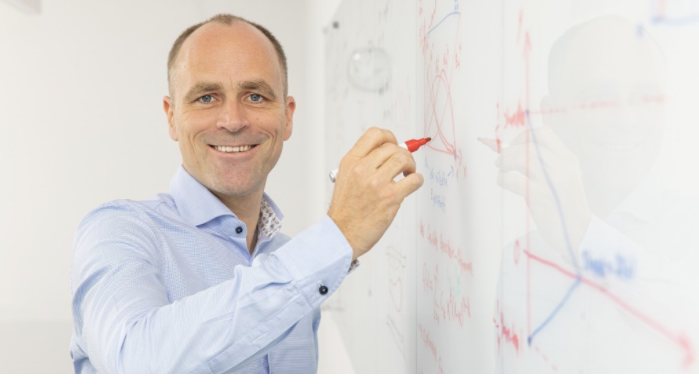 The famous German investor Frank Thelen, known for being the “tech guy” in the German equivalent to the TV show “Shark Tank”, has published an article on hydrogen this week. He discusses the pros and cons of hydrogen, if it could be the future or just a bridging technology. I have written an answer which was published on several German websites, e.g. here: https://www.elektroauto-news.net/2020/wasserstoff-experte-wasserstoff-zukunfts-oder-brueckentechnologie

Here’s the translation of my article:

Thanks for the article. After 16 years at the forefront of development in the hydrogen industry, I think I am allowed to make some comments.

I have learned the following sentence: “If you ask the wrong question, the answer doesn’t matter.” What that means in this context is this: Hydrogen is not a technology of the future, nor is it a bridging technology – hydrogen is a commodity already today. About 500 billion standard cubic meters, or about 50 million tons, are produced every year, mostly for petrochemicals and fertilizer production. Thanks to the Haber-Bosch process, which is used to produce artificial fertilizers, hydrogen has been an elementary basis of our global prosperity for more than 100 years. This is far from the sex appeal of a “fancy AI autonomous electric drone start-up”. Hydrogen is the bread and butter of chemical factories around the world.

The production of this hydrogen emits about 500 million tons of CO2 per year. That is a lot. And if this hydrogen was now produced by renewable energies and electrolysis instead of natural gas, this CO2 would be saved. And that’s what the German COVID-19 recovery package and the German National Hydrogen Strategy, which has nine billion Euros, are planning to do.

The world market leader for electrolysis plants is ThyssenKrupp. Not a company that is suspected of being a sexy and secret investment opportunity. But presumably a company that creates or at least preserves jobs in the Ruhr area. That motivates politicians of all stripes. The second motivation is that the EU buys a third of its natural gas from a single company – Gazprom. That is a gigantic geopolitical dependence. It makes a lot of sense to reduce it.

It remains to be seen whether hydrogen will prevail in transport. It depends essentially on the further development of battery technology. However, the question is less crucial than one might think based on the pretty emotional discussions.

I find it exciting that a lot of people quote the graphic shown in the article (https://www.elektroauto-news.net/2020/wasserstoff-experte-wasserstoff-zukunfts-oder-brueckentechnologie). It is so catchy that you hardly get the idea to question it. And yet it is wrong. Why? It starts with “100% renewable energy”, i.e. with an electricity supply that is simply there. But in fact it is not. Renewable energies fluctuate, and supply and demand cannot automatically be matched. It needs a buffer between them. These storage facilities are either gigantic battery parks (which I do not believe in today) or a chemical energy storage system. And that will be called hydrogen. The efficiencies will level out.

All experts agree that Germany will not be able to produce enough renewable energy. We will be dependent on imports. How will that work? By cable? We did not even manage to install a cable from North Germany to South Germany to distribute the surplus wind power. It is correspondingly unlikely that we will install one from Tunisia via Italy to Munich. Desertec has tried and failed. Here, too, hydrogen will be the way, and the currently politically preferred (non-EU) countries are Morocco (sun+wind) and Ukraine (wind). The pipelines are there, you “only” have to reuse them.

To cut a long story short: We should discuss the topic in detail, preferably including the question of whether Germany is barking up the wrong tree as a country of innovation and whether we keep on talking, while Hyundai is investing 6 billion in the topic and is already the world market leader for fuel cell systems.

About the author: Dr.-Ing. David Wenger is a world-renowned expert on hydrogen technology and founder of several companies in this field. Over the last 16 years, Wenger Engineering GmbH has done projects from California to Australia, driving developments for almost all companies in the industry, particularly in the field of hydrogen production, storage and filling stations.

To further promote the subject, he founded Mission Hydrogen GmbH in early March, which has quickly developed into a leading global hydrogen marketing company. The weekly hydrogen webinars with representatives of the German Bundestag, the US Department of Energy or companies such as Linde, Nel or Loop are attended by an average of over 1,000 participants.

On October 8, Mission Hydrogen will organize the world’s largest hydrogen conference, the Hydrogen Online Conference, with about 10,000 participants. The live ticket is free of charge.