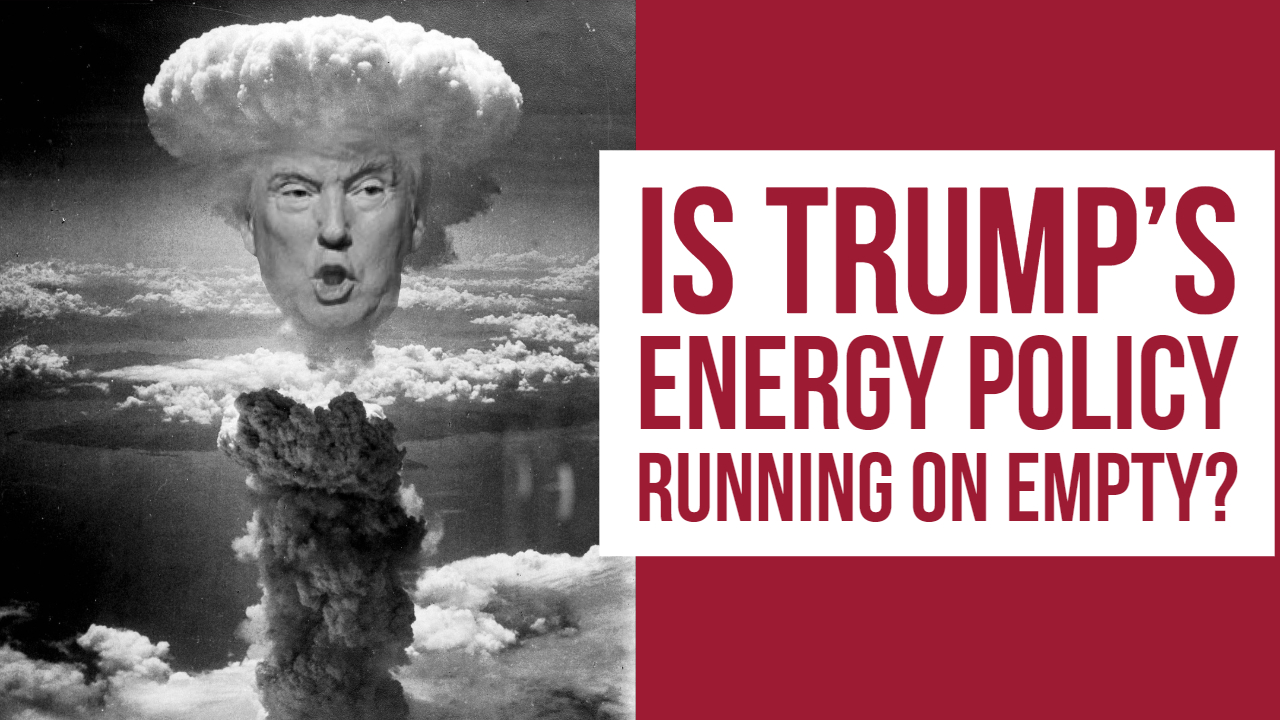 Maybe you will say: “It was wrong right from the start, it can’t fail any more than it already did!”

However maybe you are thinking the way his lobbyists think: “America doesn’t have any problems with the climate. America has an energy cost problem. That’s why Trump needs to promote coal!“

This was an important aspect during his campaign. Trump in front of coal miners, a helmet on his head, a huge poster “Trump digs coal” in the back. That’s how he won voters in states we commonly consider as “economically underdeveloped”. While the Silicon Valley is missing employees, there are of course also regions in the US where literally nothing is possible, and people have to live from hand to mouth.

A while ago the “Guardian” published a series of articles about the “Kemper Coal Power Plant”. It’s very worth reading. “Kemper” is the name of a planned, allegedly clean coal power plant incl. CO2- storage and everything else you can possible think of. The absolute prestigious object – even back under the Obama administration. That’s how they planned to give coal a future.

Meanwhile the project was officially labeled as failed. The plan was to build a plant for about 2.4 billion dollars. The “hard limit” was defined as 2.8 billion. But with that kind of investment the plant would have been deemed as uneconomical. What was the actual bill like when the project was declared as failed? I’ll tell you: 7.5 billion! Three times the original budget. That’s all I’m going to say about “affordable energy“.

The “Guardian“ outlines all the things that must have gone wrong along the way. It’s crazy. Obviously pipes were installed while the sealings weren’t even delivered yet. The foremen said: “Never mind, keep working.“ Employees: “Yes, but the pipes aren’t sealed properly. That doesn’t make sense.” Foremen: “We need to show progress. Next week the politician X and investor Y will swing by. We need to show them that we are making progress.”

I still ask myself how Trump will handle that. Maybe not at all. Maybe he even realizes what even the boss of America’s largest coal company, Robert Murray, said multiple times: “Trump can’t bring back the lost jobs in the coal mining industry.”

What’s next? We’ll see. I also see a lot of progress towards renewable energies in the USA. Not as much as here and far less than in Asia. But at least they try.

I believe that in the end the best and most suitable solution for the future will always win through. And this solution will be called sun, wind, water, biomass, and geotherms. In combination with intelligent storage options and intelligent users.

Wenger Engineering works towards developing suitable technologies daily. Regardless of Trump. If there is anything we can do for you, please don’t hesitate to contact me.