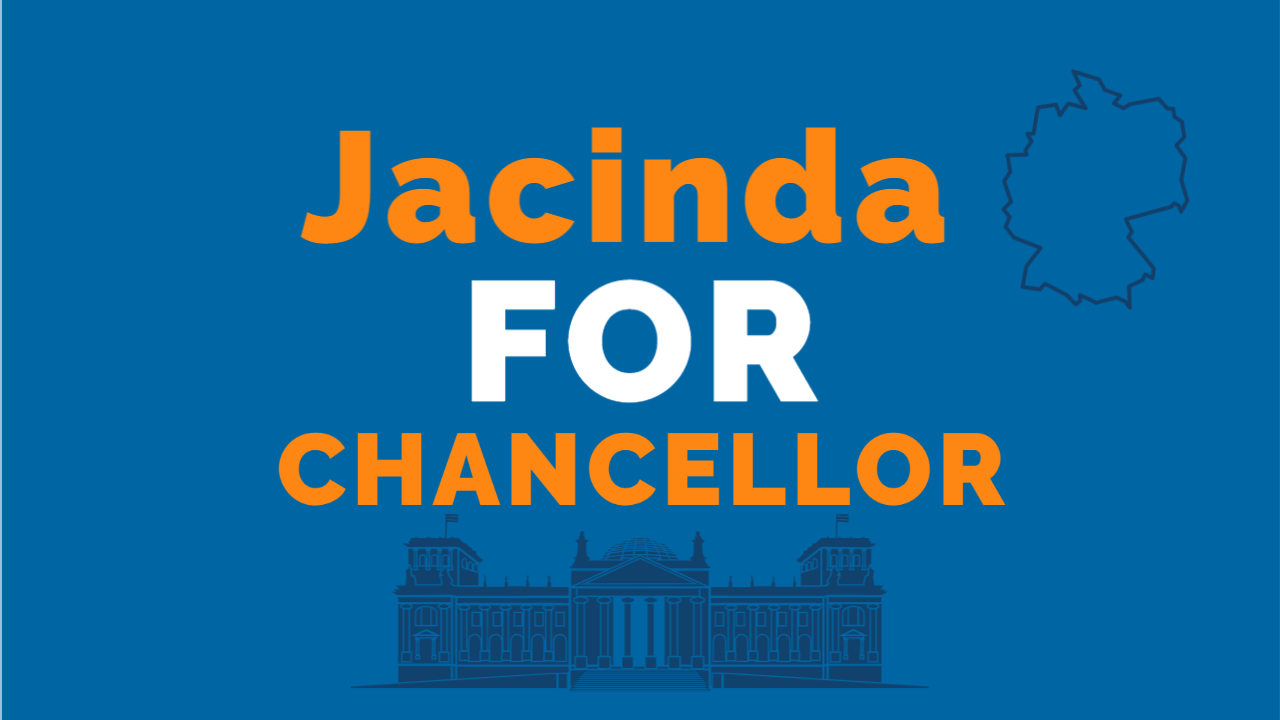 In Germany the elections are coming up. I know many people who say “No idea who to vote for. I have to decide between plague and cholera.” I also know many Americans who clearly said a few years ago “Trump is not a good choice, but Hillary would have been even worse.”

Interesting kind of democracy, don’t you think? You can vote, but you don’t want anyone of those preselected by political parties.

One great politician that I would vote for is Jacinda Ardern.

Without hesitation. She would be a good Chancellor of Germany. Unfortunately, she still has another job as Prime Minister of New Zealand at the moment. She had all semi-automatic and fully automatic weapons banned there after the attack in a mosque – I think within six weeks the law was in force and the weapons were confiscated. She also handled Covid it in such a way that New Zealand had few problems. She drives a mid-range Hyundai as her official car (and yes: drives, not gets driven). Jacinda Ardern gave birth while in office, and she was the first person to take her child to the UN General Assembly.

Wouldn’t she also make a fantastic chancellor? Down-to-earth, strong in implementation, modern and close to the people.

I think we should do it like in football: we simply pay 25 million in transfer fees to New Zealand, and then she joins our government. I don’t mind if she gets a handout, and her advisor gets another 2% commission. For the time being, she could stay in a hotel until she finds an apartment in Berlin.

What do you think of the idea? Wouldn’t it be fantastic to be governed by such a woman?

By the way, New Zealand also has great potential for renewable energy. They want to “harvest” these in the future and partially convert them into hydrogen to make their country independent of fossil fuels. Another good idea.

Speaking of hydrogen: on October 8, 2021, the Hydrogen Online Conference of our sister company Mission Hydrogen will take place. Speakers include the Chilean Minister of Energy, numerous CEOs and CTOs, high-ranking representatives of the American government, the EU and other fantastic keynoters. Plus, probably the most interactive trade show in the hydrogen industry. If you haven’t registered (for free) yet: www.hydrogen-online-conference.com.

PS: Presumably Jacinda will not be the next German Chancellor. There’s nothing you can do about that. But you are responsible yourself if you have no idea what the future will bring. Therefore, join us: www.hydrogen-online-conference.com.

Register now for the FREE