The German Minister for Energy. Or: How low can one bow?
Veröffentlicht am: 28. March 2022 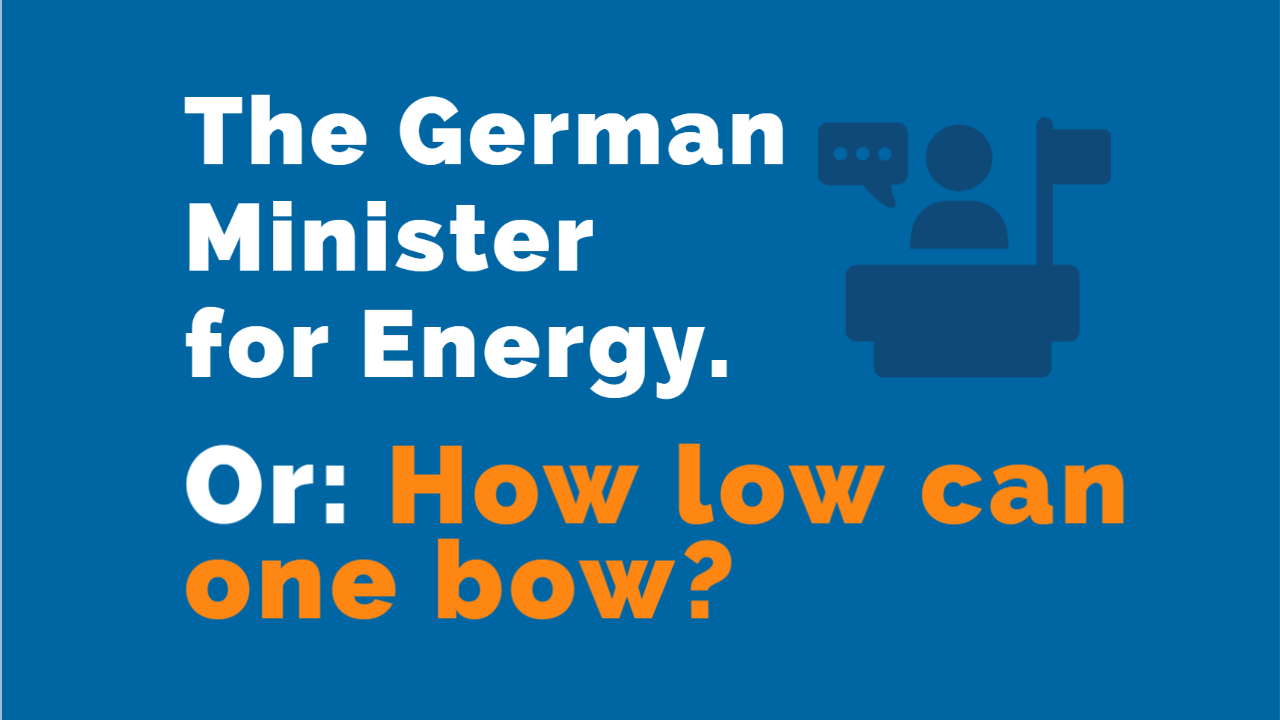 The times for the energy transition have never been better. Even the most backward pundit has understood that it is not good to buy oil and gas from a single supplier every year for a high double-digit billion sum and thus cover 50% of one’s energy supply. Even more so when his name is Putin.
Now Germany has an Energy Minister from the Green Party. He has set out to install wind turbines and PV systems. What he actually does: he flies to Qatar, buys large amounts of LNG and calls it “great”.

Qatar? Let me think… Isn’t Qatar the country who bou…er organised the World Cup? Didn’t many foreign workers die there because they were not treated properly? Didn’t we want to boycott the World Cup?

Now Mr. Habeck has achieved an energy transition. He has simply changed despots. That’s always an option. Maybe the only option at the moment. But there is not much left of “green”.

What I found unbelievable was his body language. Did you see the way he appeared? How low can you bow? He would have got an “A” in yoga class, but at an official event? What a shame, even in such a situation.