The Most Important Invention of the 20th Century
Published on: Apr 21, 2020 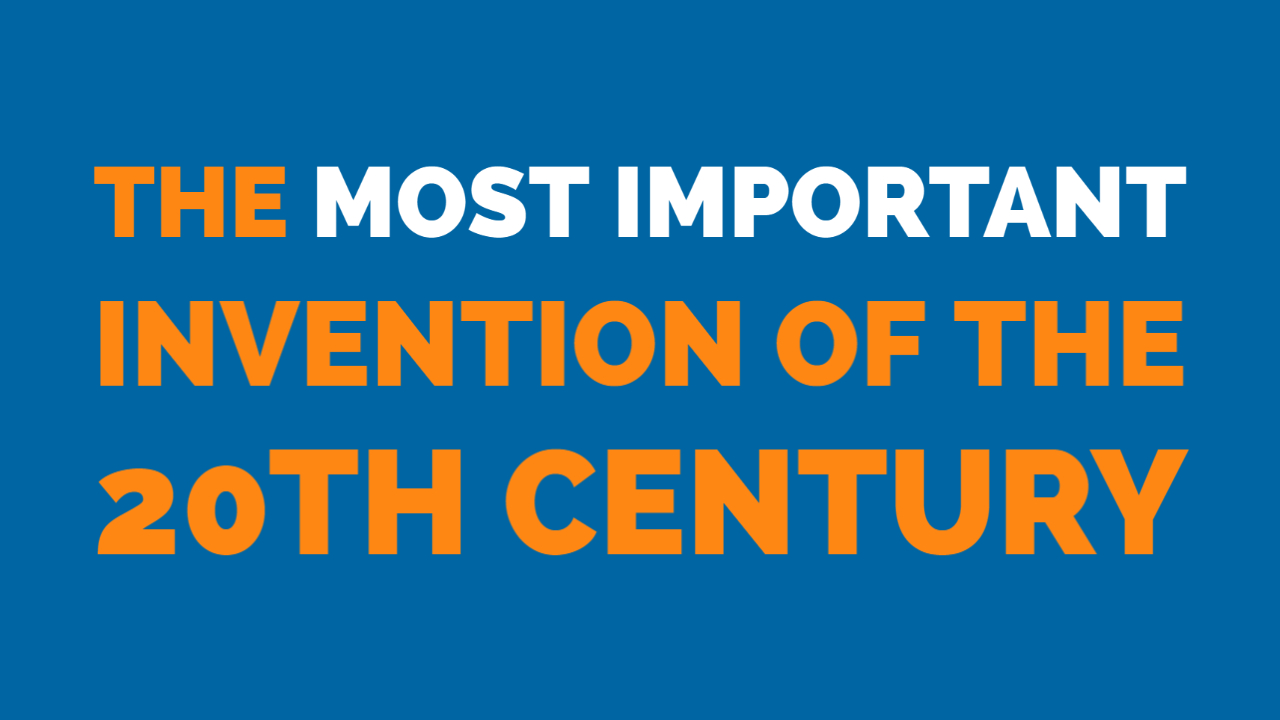 Let me ask you a question: What is the most important invention of the 20th century? The airplane? The mass-produced car? Penicillin? The TV? The microprocessor? The Tamagochi? The V8 engine?

My friend Bill has recommended a book to me in his blog some time ago. This book makes another proposal. It’s called “The Box” and describes the history of the standardized 40-foot shipping container. Sounds funny, but think about it: This has been a huge milestone for international trade.

Cargo used to be shipped as bulk goods for centuries, in bags and boxes, whatever. Strong men carried this cargo on board and packaged it in the best way possible. Later, ports had (normal) cranes to support. In the 1950s, a man called Malcom McLean had the idea to simplify and standardize this procedure by using the same type of containers all over the world. They should be designed in a way that they could be put on trucks or trains directly.
McLean was laughed at and put down wherever he came to present his idea. “This is never going to work!” “There are no ports that can handle such containers!”, „Trucks cannot transport these containers, only bulk goods!“, „There is no advantage since ships are not designed for containers!“, “We have good longshoremen, we don’t need that!”

However, the inventor and entrepreneur did not give up. He found single ports and companies that were convinced of the value. They built containers, improved them, retrofitted trucks, designed brackets for their cranes and moved as many containers as possible with the existing ships. All in all, the effort was huge, and not very efficient short term. And of course, they had lots of discussions with the longshoremen and the unions who were afraid of losing their jobs.

Fast forward a few years, more and more companies understood the value especially for the intercontinental trade and started converting their infrastructure. Some retrofitted everything, some ports were built from scratch only to handle containers. Some ports remained stuck in their old thinking, didn’t want to invest and could not handle the pressure by the longshoremen for whatever reason.

Today, ports like Liverpool or New York who used to be centers of maritime commerce for centuries have become irrelevant. The longshoremen and their employers became all unemployed since they refused to follow the trend and thought that life will go on as usual. Other places like Southampton in England or Hong Kong that embraced the trend have soared and created thousands of jobs. Many large cities in Southeast Asia were created from scratch since they could demonstrate a cost advantage on the world market due to the low logistics cost.

Now let’s do an experiment. Replace “Liverpool and New York” by “Detroit and Wolfsburg” and “Southampton and Hong Kong” by “Baoding and Ulsan”. Maybe your conclusion is the same as mine: It is not compulsory that the traditional OEMs and their suppliers will remain at the top for the next 20 or 30 years. We have to keep going and set the trends instead of following them.

If you want to have the best current knowledge in one of the possible trends, please participate in the Hydrogen Online Conference organized by Mission Hydrogen on October 8, 2020 (www.hydrogen-online-conference.com). HOC will probably be the largest hydrogen conference in the world. You will learn in presentations and discussions with the leading experts everything you need to know for your company or organization. The Live Ticket is available for free for Early Birds like you.

Please visit www.hydrogen-online-conference.com, sign up and share the link with your friends and colleagues who shall be prospering for the next 20 years or so. 🙂

PS: The book “The Box” by Marc Levinson can be found here: https://amzn.to/3bHgfv4 (This is a so-called affiliate link. Amazon pays us a small fee when you buy it. We donate this money to charity.)
PS 2: When I’m talking about “my friend Bill” and his blog, I mean this guy here: www.gatesnotes.org 😉
PS 3: Please share the link www.hydrogen-online-conference.com with your colleagues who are interested in the future. The Live tickets won’t get cheaper than “for free”… 😉