The Octovalve and the PCB Symphony
Published on: Mar 16, 2021 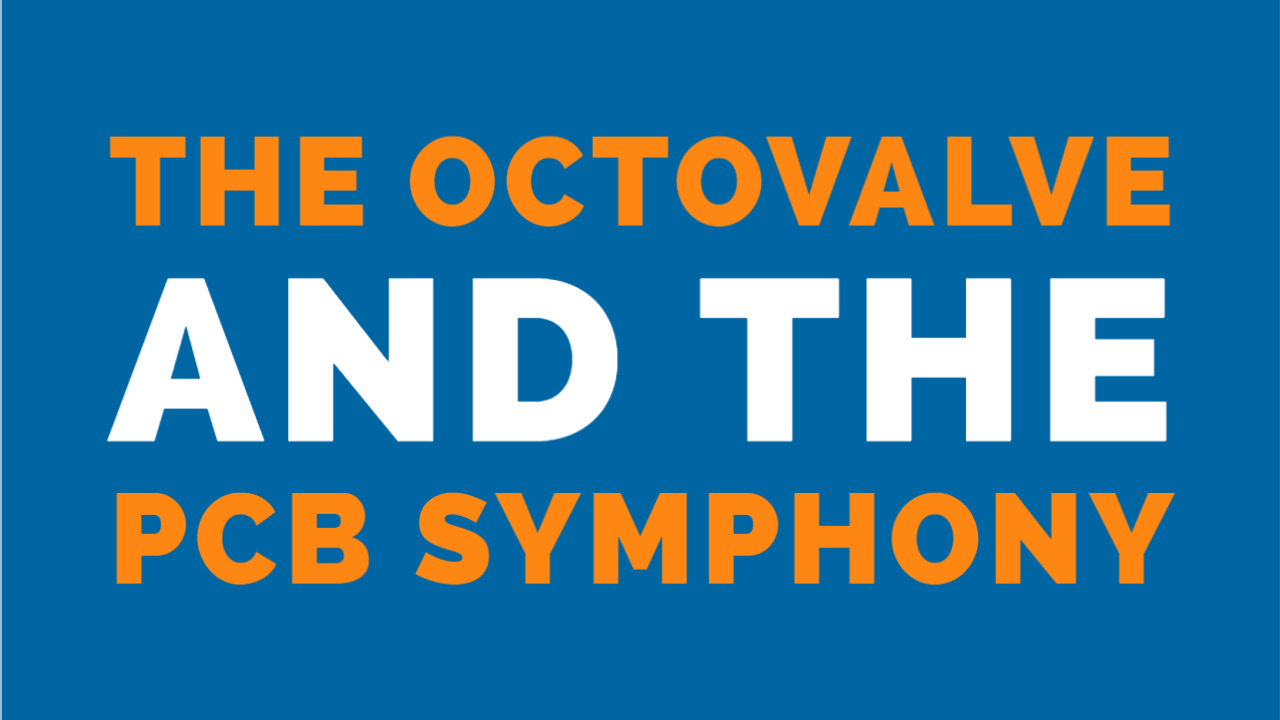 I like engineers. You wouldn’t have thought that, would you? But I don’t mean those PowerPoint heroes with engineering degrees, I mean real engineers. People who develop stuff. Who advance new technology. Who think around outside the box and find solutions for “it’s impossible” problems.

A real expert is a guy called Sandy Munro, owner of the Munro&Associates from Michigan, USA. He is not only known for his projects, but also for sharing his knowledge in YouTube videos. Among other things, his company regularly disassembles new cars, analyzes the body and components, writes reports about them and sells them to the automotive industry. So if you have a company that needs background knowledge on car seats, radios or steering wheel electronics from your competitors, you’ve come to the right place.

Sandy’s opinion counts in the industry. When he once took apart a Tesla Model 3 about three years ago and concluded “The quality is worse than a Kia in the 90s” Tesla’s stock price immediately dropped. Last year, he disassembled another Model 3 and came to the opposite conclusion: “Great quality, and the design of the car is ingenious. Tesla can make very high margins on it if the volume is right.” As a result, sales have increased, and Tesla stock has soared.

Do you know what an “octovalve” is? Honestly, I didn’t know until I saw the respective video on Sandy’s channel. An Octovalve is a hybrid of an “Octopus” and a “Valve”. The Octovalve is installed in the Model Y, and it controls the cooling and air conditioning loops. Of course, you can’t see all the details in the video (someone has to buy the reports), but it’s clear: an incredible number of functions are combined in a very small space, the production technology is ingenious, the assembly is very simple, and most importantly: the combination of the functions brings significant energy savings for the driver. The statements I know say “10% more range”. That’s a lot in an electric car, and the Octovalve is certainly a lot cheaper than 10% more battery.

What else did I learn? A rearview mirror in a Tesla Model 3 costs under $30 with all the electronic features. The rearview mirror in an equivalent BMW costs about 40% more. And the one in a GM EV costs well over $100. Incredible! I know for sure that BMW and GM have very good engineers, too, and production costs are the #1 issue in any car project. Do you see why Tesla stock has risen so much?

Or watch an episode where he talks about electronics. He’s so enthusiastic he can’t contain himself: “Look at this circuit board. It’s beautiful. It’s a…a…a symphony of components.”

I know these comments are for nerds. But maybe you are one. And if you happen to be a rearview mirror developer, please tighten your belt now. They are too expensive!

You can find the videos on the “Munro Live” channel: https://www.youtube.com/channel/UCj–iMtToRO_cGG_fpmP5XQ

PS: I am not a shareholder of either Munro&Associates or Tesla, nor do I receive a commission from anyone. This is just for clarification 🙂