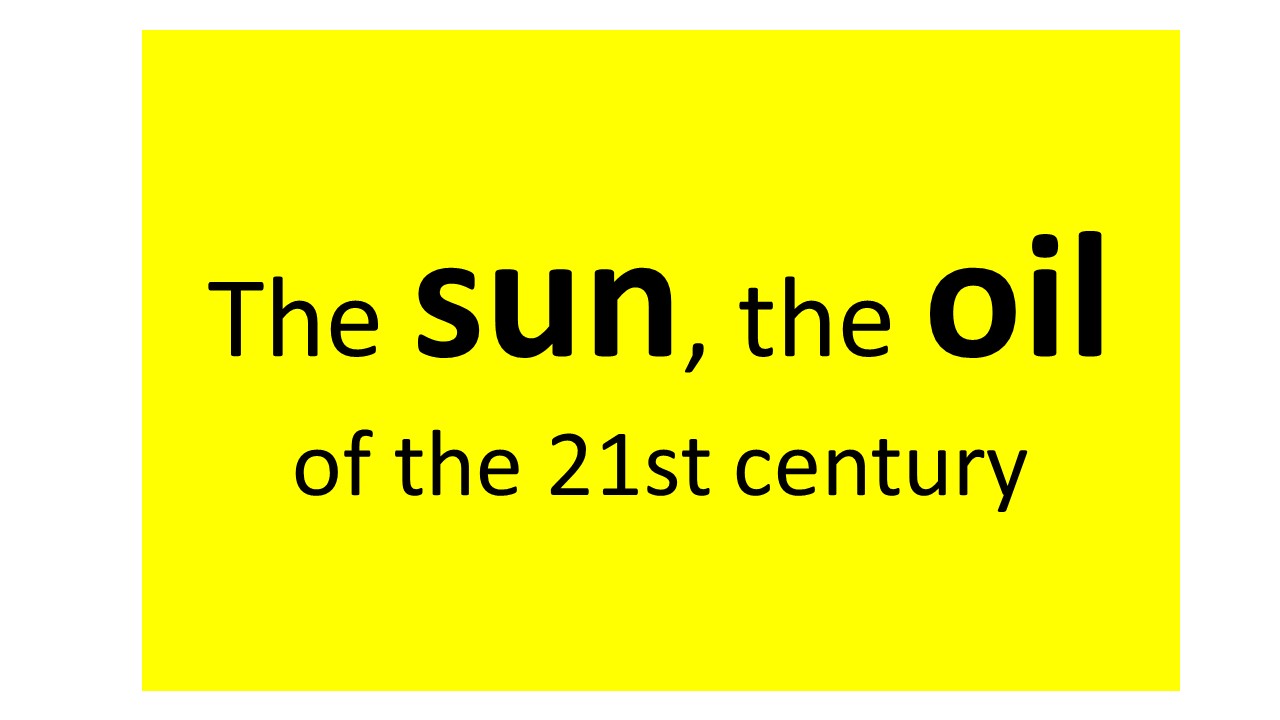 Good morning everyone! May the sun also shine for you today. If you are also able to shine from the inside, I am very happy for you. And if this isn’t the case for you today and the only sunshine you get today will be on your PV-installation, you will at least earn some money. That’s nice as well! 🙂

Speaking of sunlight: A few weeks ago, a new record was set in the USA. A new solar power plant is going to generate electricity for a guaranteed price of 23.76 US-Dollar per megawatt hour for the next 25 years there.

I am not the only one who’s impressed. All experts the press quoted said: “That’s a third of the operating costs coal power stations or even gas plants face. Not even Donald Trump and his politics can beat that. The moment solar power is not only cleaner than but also significantly cheaper than coal he can’t do anything anymore and needs to start accepting that renewable energies as the new standard.”

Of course, for this project the location in Nevada also plays a significant part. In North Dakota or at the Mecklenburg Lake District it most likely would not be convertible in that way. Never mind. Every form of success counts and reduces the CO2-emissions.

And as we are already talking about CO2-emissions: Did you know that the city of Shenzen operates more than 16,000 electric buses meanwhile? And that there are almost 400,000 of them worldwide? What does “worldwide” mean anyway? 99% of them are used in China. We operate a merely 200. Not 200,000 but 200 point zero. We are having a hard time as electric buses may have disadvantages. The Chinese people save approximately 230,000 barrels of diesel every day this way. EVERY SINGLE DAY!

Therefore, we didn’t produce 5 terawatt hours of electricity generated from renewable energies since our infrastructure wasn’t developed enough for this target value. 5 billion kilowatt hours. That’s enough electricity to drive around the world in my Tesla 625,000 times. 2 million cars could have been driven with this electricity for a whole year without any economic incremental costs. Incredible…

Maybe we should tell our politicians that they shouldn’t argue but rather focus on the major problems. It may be a good start if they thought about how to keep our air free from diesel exhausts – e.g. by using electric buses. Of course, we would have to lay cables and that’s something our politicians obviously don’t like to worry about right now.

Oh well, that’s an issue you and me probably won’t be able to resolve here today.