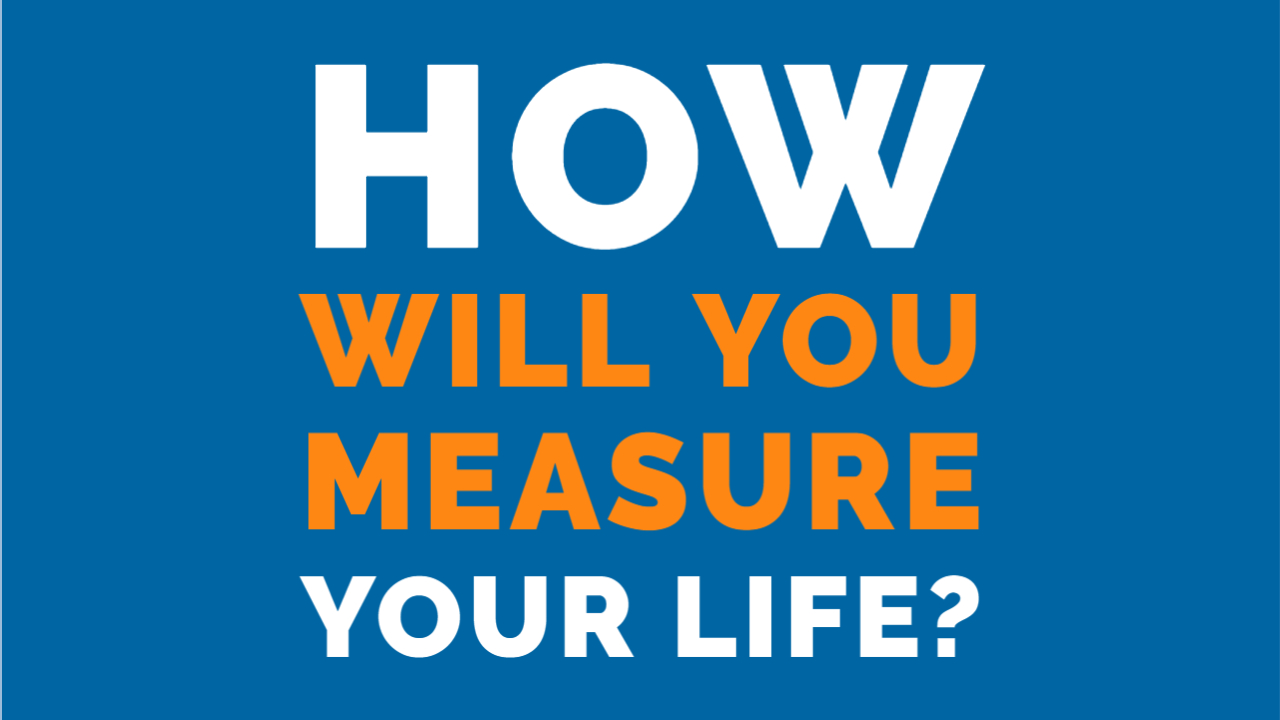 In case you don’t have a reading for your holidays yet, here’s one of the best books I have ever read: “How will you measure your life?” by Clayton Christensen. Christensen was a professor at Harvard University and is famous for being the author of “The Innovator’s Dilemma”. A very good book as well that shows why the German automotive industry will almost certainly fail when it comes to electric vehicles.

“How will you measure your life?” is a book about the meaning of life, and probably a better choice for a day on the beach than a book about business strategy. When he wrote it he had just recovered from cancer and was thinking about life in general.

He proposes to answer three questions:

The first two questions are very clear. The third one sounds strange, and he is asking it in different ways. Here’s another way to ask it: “How can I avoid compromising my integrity?” Sounds better, doesn’t it?

Here’s an example on how important question number 3 is: As a student, he was a Fulbright Full Grant scholar (Fulbright is probably the most renowned grant in the world). When he joined his class to celebrate the 20th anniversary, two of his classmates were not there – because they were in jail. One of them has had a fantastic career, and he had become the CEO of one of the largest US energy companies – Enron. This guy named Jeffrey Skilling was then one of the “architects” of one of the largest fraud scandals the US economy has ever seen.

Christensen writes about him: “He was a smart guy, and I am sure he had other ambitions for his life. Something must have happened in his life that has sent him in the wrong direction.”

Sounds logical, doesn’t it? “This won’t happen to me” Probably, the CEO and CFO of the German financial company Wirecard have said that, too. And maybe you have heard the name Klaus Zumwinkel before. Former CEO of Deutsche Post, the largest logistics company in the world. Had 11 Mill. Euros in a “tax-efficient” fund in Liechtenstein. Or Uli Hoeness, former president of Bayern Munich and definitely a great entrepreneur, manager and leader. Spent three years in jail for tax fraud. Got it? Well…

„What do I have to do to stay out of jail?” A good question. A good book indeed.

You can order it here: https://amzn.to/3fgTtvj. It’s a so-called affiliate link. When you buy the book using this link, we get a few cents, which we will donate for charity.

PS: You definitely don’t compromise your integrity when you join our free webinars, and maybe they even help you to find satisfaction in your career. The webinars take place during regular office hours in many time zones, so they shouldn’t compromise your personal relationships either. You’ll find the next dates on www.mission-hydrogen.de.
PS2: If you don’t like reading, I recommend to get the Mission Hydrogen Webinar Collection instead. For just 197 Euros, you’ll get access to the largest collection of hydrogen knowledge: www.mission-hydrogen.de/webinar-collection. If you get the Gold Ticket for the HOC, the webinar collection is included: https://hydrogen-online-conference.com/tickets/.