Me with the famous Rafael De Mestre
Published on: Nov 1, 2018 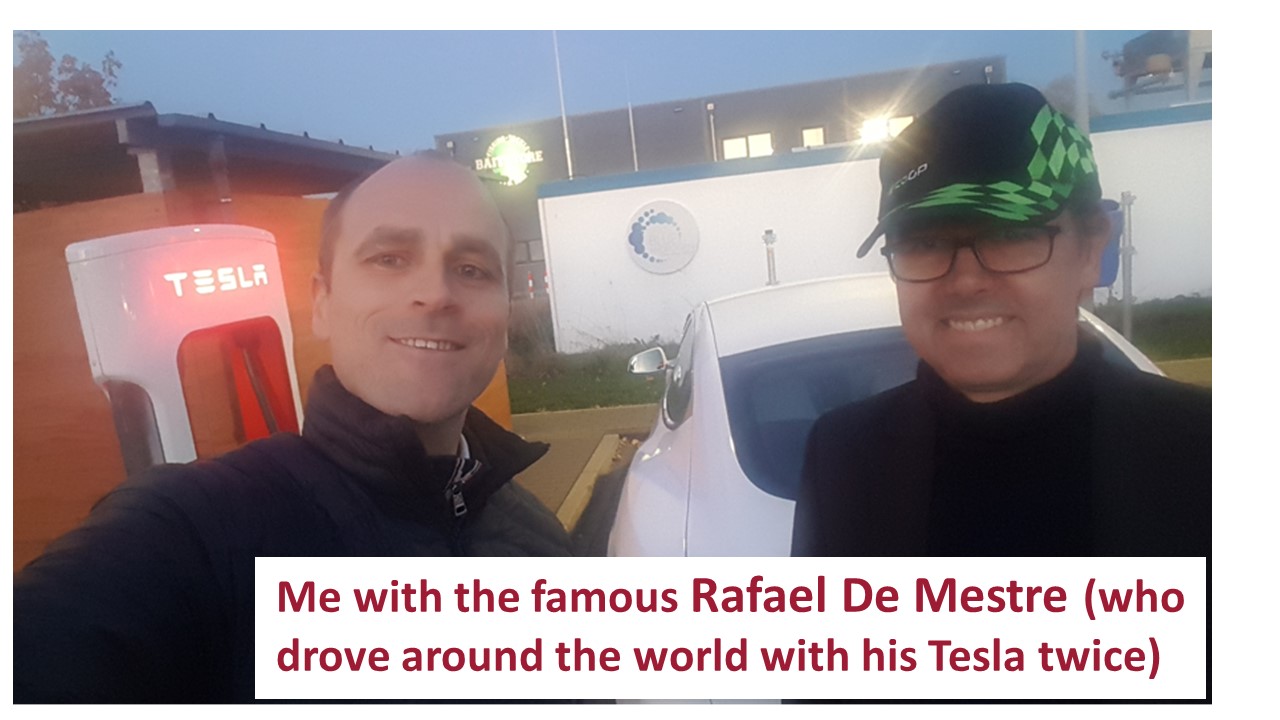 I just met the famous Rafael De Mestre – of course at a Tesla Supercharger. He is known for demonstrating the capabilities of electric vehicles – and Tesla – by driving around the world twice.

Just in case if you ask yourself: “Did that guy really drive all through Europe, Russia, Asia and the US – or did he just drive a certain amount of miles?” Yes, he drove around the world, not just up and down between two Superchargers.

And while I think it is pretty easy to drive from New York to Los Angeles in a Tesla Model S, I was surprised to hear that he didn’t even have problems in countries like Kazakhstan or so.

If you want to know more about the EV rally and “Around the world in an EV” trips Rafael organizes for EV enthusiasts, please have a look at www.80edays.com