Thank you all / My three greatest insights Hydrogen Online Conference
Published on: Oct 16, 2021 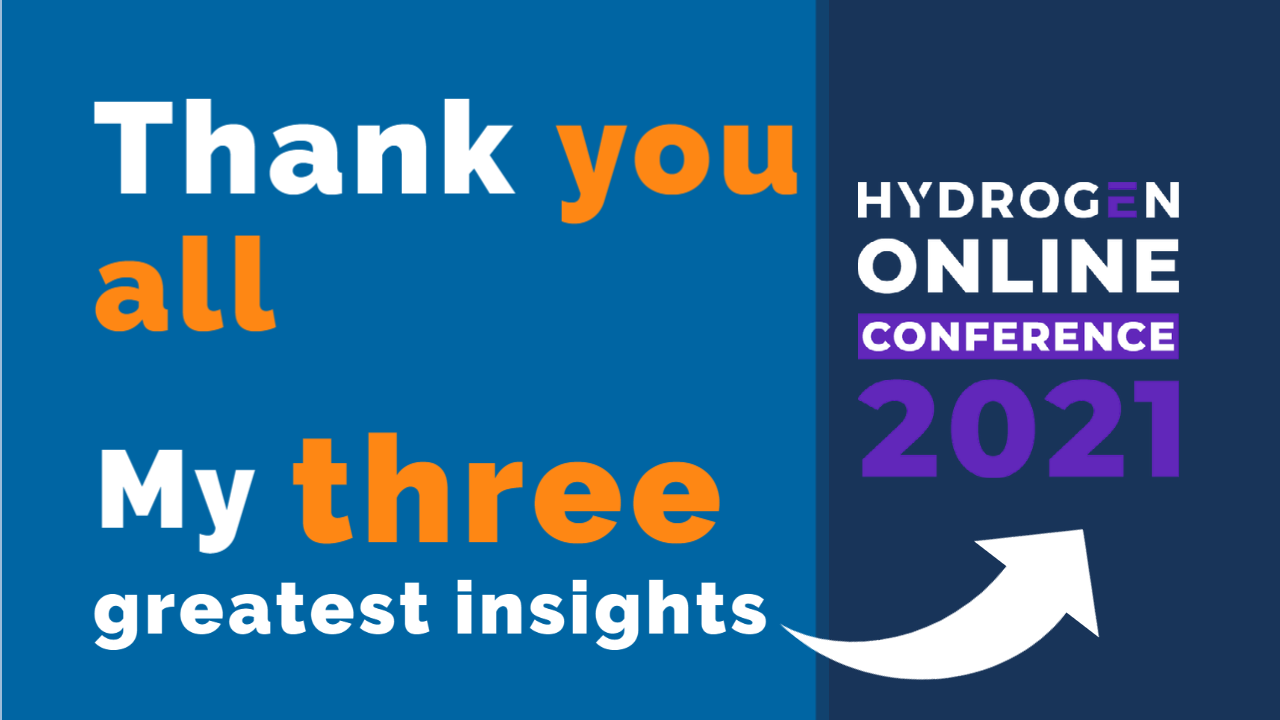 Last Friday we had the second edition of the Hydrogen Online Conference. I listened to almost all the presentations either in my role as a moderator or as a simple listener. And I was thrilled. I haven’t learned so much in such a short time in a long time.

1. “Shipping the Sunshine” – that’s the Australian government’s motto regarding the energy transition. Only 3% of Australia’s land area would be enough to produce ten times Germany’s demand for transportable renewable energy. Insane! And what I would not have thought, but which Ambassador Green made clear: transport is very cheap and not a cost problem at all. Whether this will be the case in practice remains to be proven, but it is certainly exciting as an approach.

2 China will show us how it’s done. The company ReFire – founded in 2016 and employing around 550 people – has several thousand hydrogen vehicles in the field, including dozens of types of buses and trucks. With them, they have accumulated more than 80 million kilometers of practical experience. That’s more than twice that of Daimler, and Daimler has been doing it since 1994. Of course, we all don’t know the very exact failure statistics of individual components, but given the speed of development and implementation, it’s only a matter of time before everything falls into place. And it’s more a matter of 1-2 years, not decades.

I’ll have to take a look at the numbers this week. In total, many thousands of people were there again. I can tell you one number off the top of my head: We had participants from 145 countries. Unbelievable.

If you were not able to be there, I clearly recommend you to look through the recordings or at least the slides and derive the insights that are important for you. Therefore, click here: https://www.digistore24.com/product/389315.