This invention will change the course of man forever
Published on: Sep 30, 2020 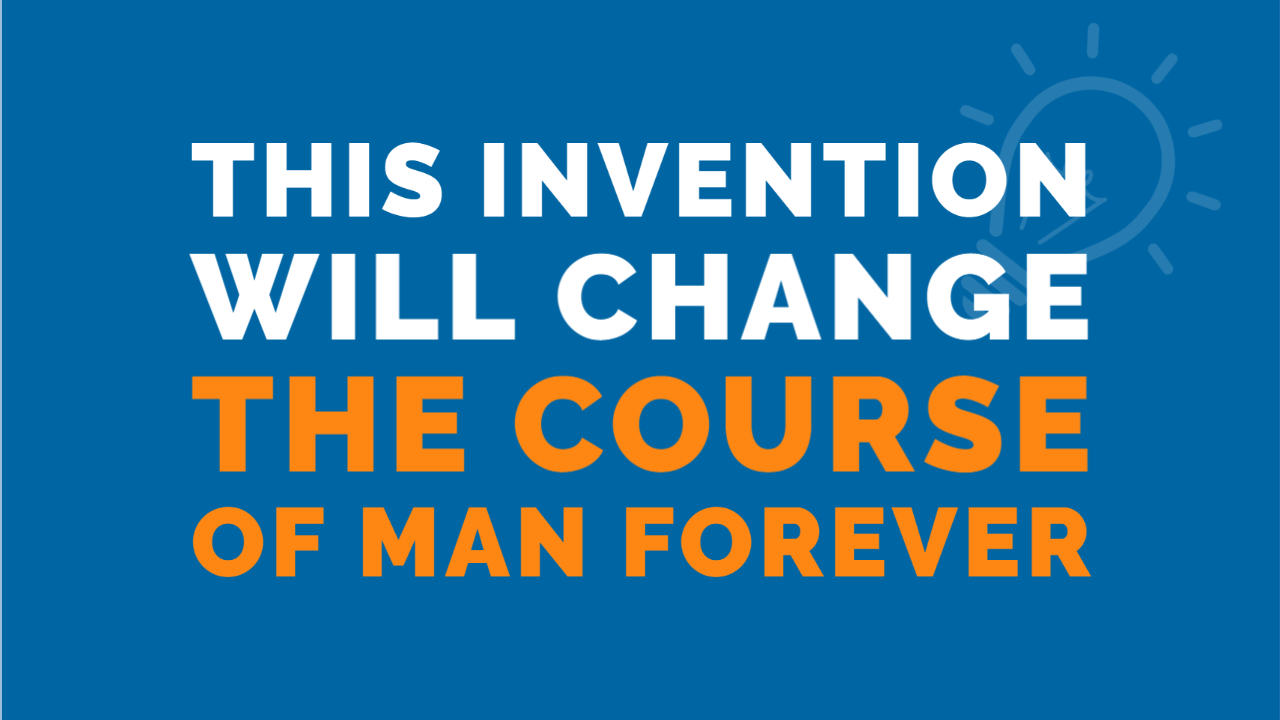 My favorite cartoonist is Gary Larson. I just love these cartoons, and I’ve been laughing about some of them for almost 30 years.

One of the best shows two of his famous Neanderthals. One of them is just about to carve a wheel of stone. He says to the second: “This invention will change the course of man forever. I call it – hammer and chisel!”

Yes, sometimes we don’t know where a particular journey will take us. There are situations in technology, but I think there are also other situations in life, where we actually wanted to reach goal X, but then “by mistake” reach goal Y. Like John S. Pemberton, who wanted to invent a headache syrup, but “accidentally” created the most popular sweet drink on this planet, Coca-Cola. Or Christopher Columbus, who looked for a better way to India and discovered America.

Columbus was crazy, I’m sure. Imagine his mother! “Christopher, this will never work. Why don’t you stay here with us? It is much too dangerous! Can’t you have a normal job like our neighbors’ son?” “No mom, I’m going now. India has always been my dream.”

Another maniac is called Elon Musk. He made the electric car a mass product. Did you follow the Battery Day? Many had hoped for a new, headline-grabbing battery. It didn’t come, and investors were disappointed.

I, on the other hand, sit there and am fascinated as I rarely am. Elon Musk has shown a way Tesla can reduce battery costs by 50%. Fifty percent! And for me everything was plausible. He can do that.

Take a look at the figures:

With trucks it looks similar: A Mercedes Actros needs diesel, AdBlue, and oil for about 35-40 Euro per 100km. The Tesla Semi needs 125kWh per 100km. You can convert this now: it is cheaper. Yes, the payload is lower due to the weight of the battery, and that in turn affects the business case of the carrier. And still: not everyone drives permanently at the weight limit. Many need volume rather than mass. I am convinced that the Tesla truck will also be a success.

To cut a long story short: If the expensive part of electromobility is the battery itself, and Tesla can cut costs by 50%, that will change everything. It will change the course of man. Rather earlier than later.

Next week is another event that will hopefully far exceed your expectations of world revolutions: The Hydrogen Online Conference. In 24 hours straight, the truly best of the best will show you how they are approaching the issue of decarbonization of industry and transport.

You can find the program here: https://hydrogen-online-conference.com/program/

Register for free and share the link with your colleagues and friends who are interested in the topic.

PS: The participation is free of charge: www.hydrogen-online-conference.com